The teams were treated to a sunny Brands Hatch for round 6 of the Gaz shocks 116 Trophy. As always the 116 Trophy team don’t stand still, with a prize pot formed for the race on this historic circuit. Driver of the day, sponsored by The Enquiry Lab, would see a prize of £200 and a new set of Trophy tyres. Most entertaining drive, sponsored by Gaz Shocks, would win a new set of suspension. On top of this, any drivers who recorded a faster time than the previous years lap record were entered into a price draw to win £500, sponsored by Anthony Seddon Racing. 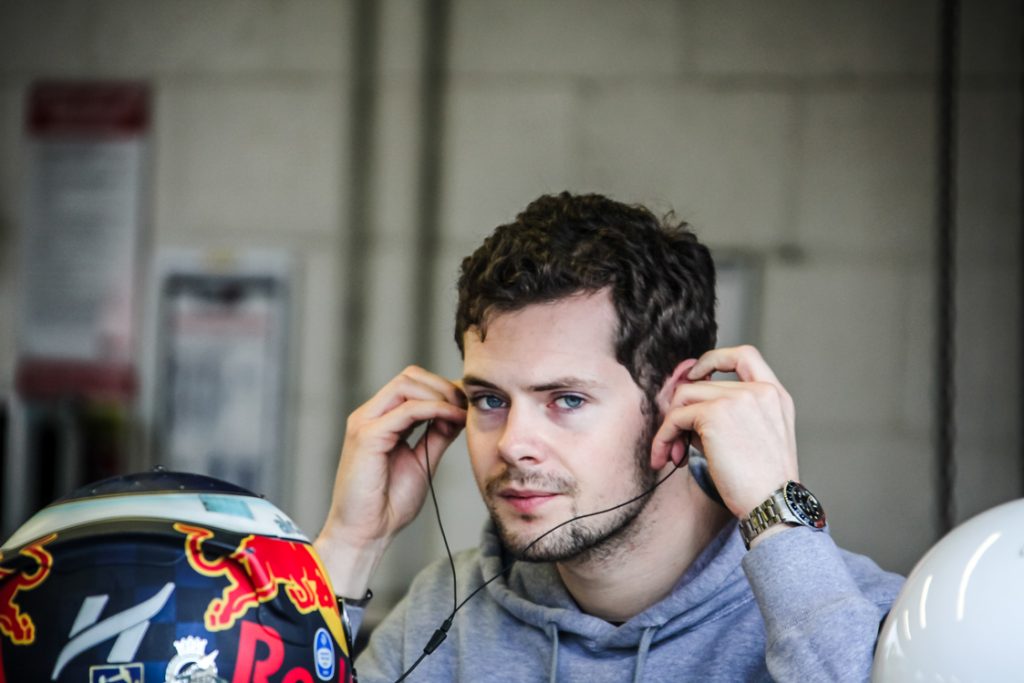 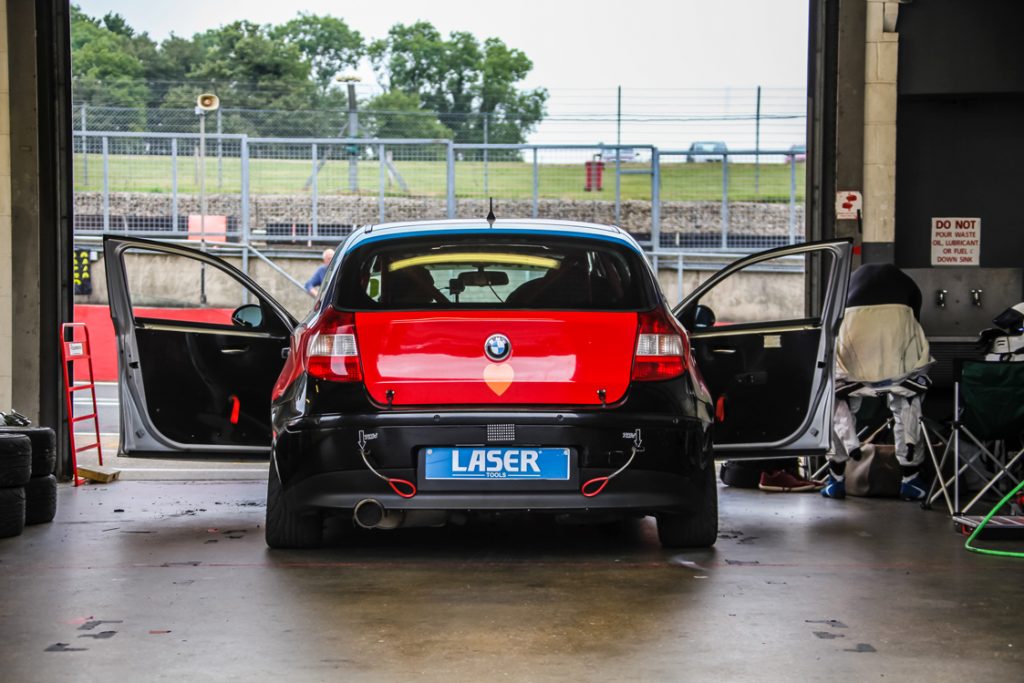 Qualifying was always going to be close on the unforgiving tight Indy circuit. Mark Burton headed the field with Tim Crighton  alongside. Sam Yates lined up in 3rd and Povey completing row 2. 5th was claimed by Tom Sibley and 6th Harrison Newey. 7th and 8th were claimed by Lewis tindall and James Redish. 9th was Freddie Tatham with Richard Lakey completing the top 10. Just 7 tenths covered the top ten.

As the light went out all 25 started battling for the same piece of tarmac. The top 3 Burton, Crighton and Yates broke away, constantly swapping positions. 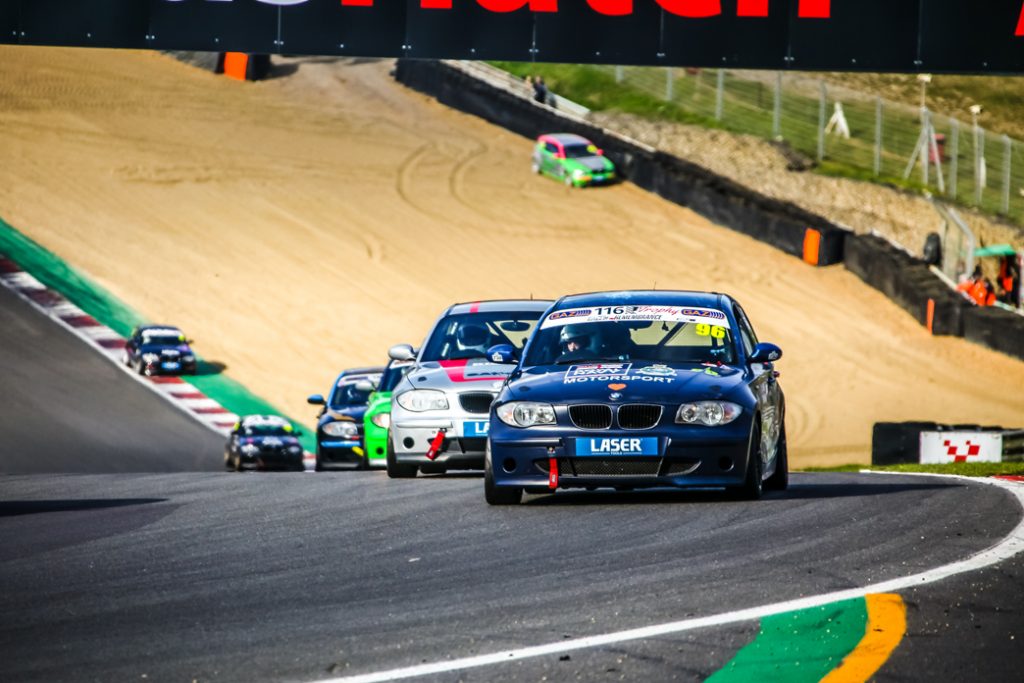 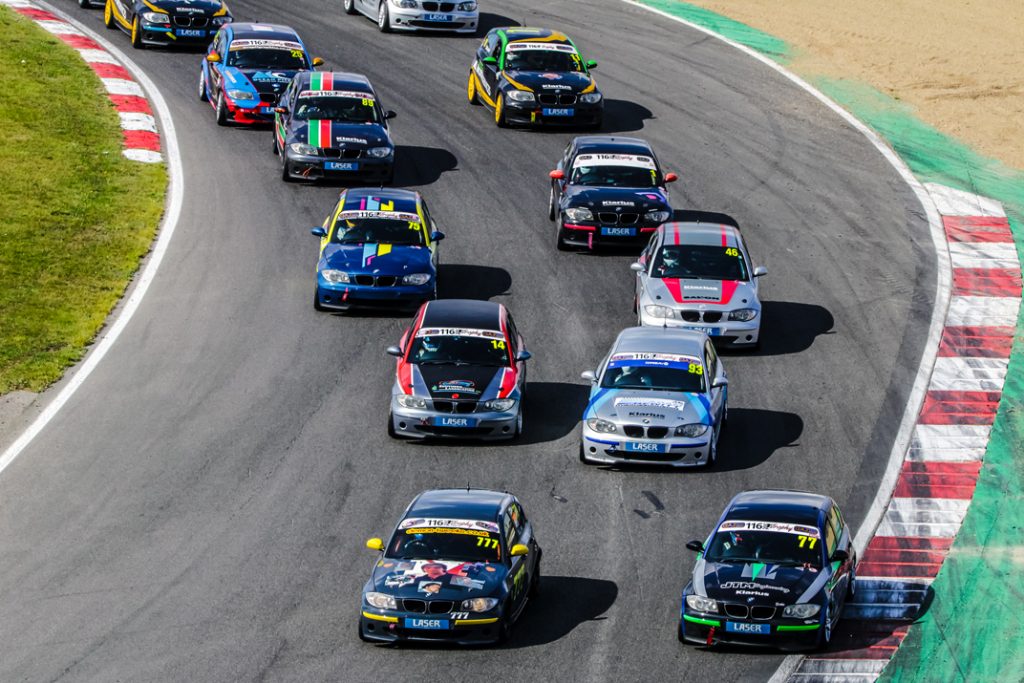 4th to 7th were in another fierce contest. Sibley, Tindall, Newey and Seybold swapping positions most laps. Minor contact between Tindall and Newey sent newey into the pits looking for a new tyre.

Meanwhile Jack Godden, who had started 20th, mounted his attack on the field. Eventually getting to 3rd position after 30 minutes of racing.

Unfortunately both cars 77 and 26 suffered fuel leaks during the race, both having to pit for repairs. 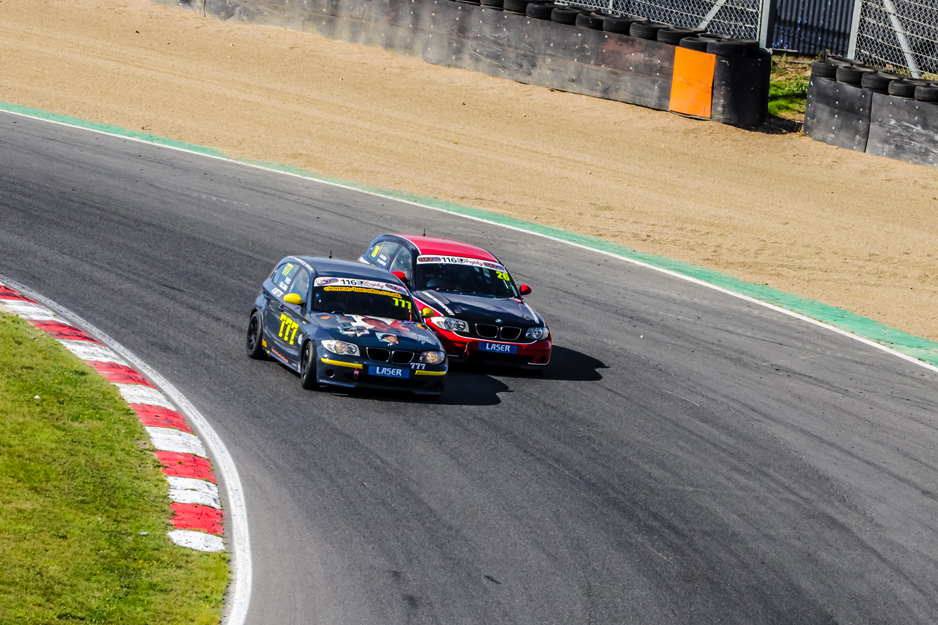 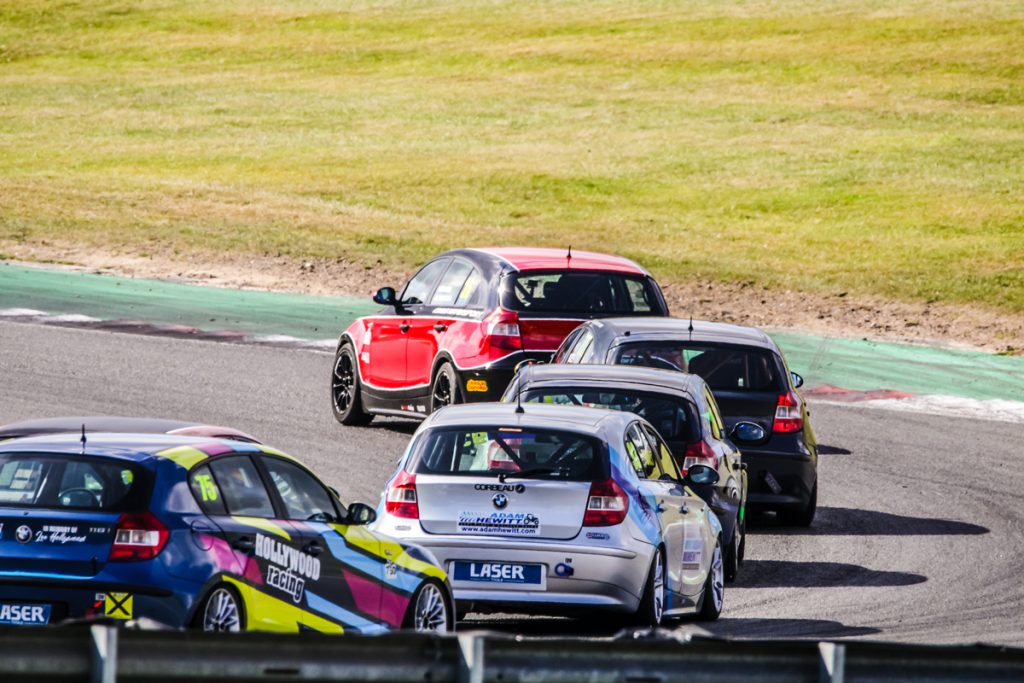 Just as the race started to settle the safety car was scrambled to recover a car parked in the gravel at Paddock. This caused the pit lane to fill up very quickly with teams eager to make the most of an opportunity to pit under the safety car. First to emerge from the pits was James Reddish followed by Alan Corfield in car 75. As the safety car left the circuit, Corfield swooped on Reddish to claim the lead, which he would keep until the flag. Reddish finished a fine 2nd with Sibley finishing in a strong 3rd position. Mark Sullivan bought the 777 machine home in 4th position, a stellar performance considering Sullivan had to recover from a 30 second success penalty from Anglesey. 5th went to Seybold and Palmer. 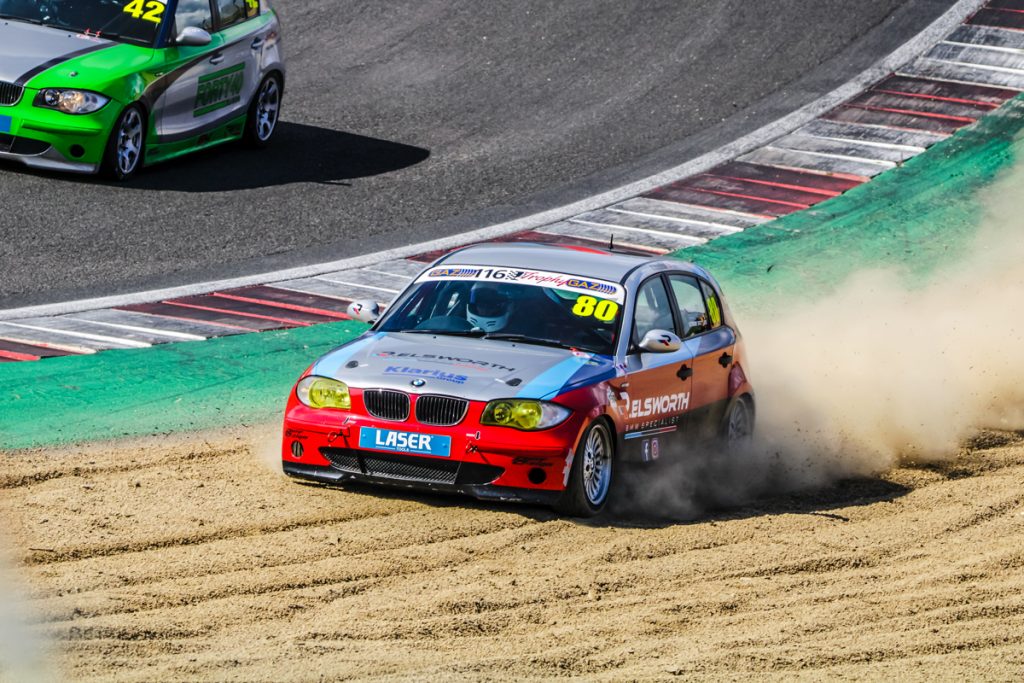 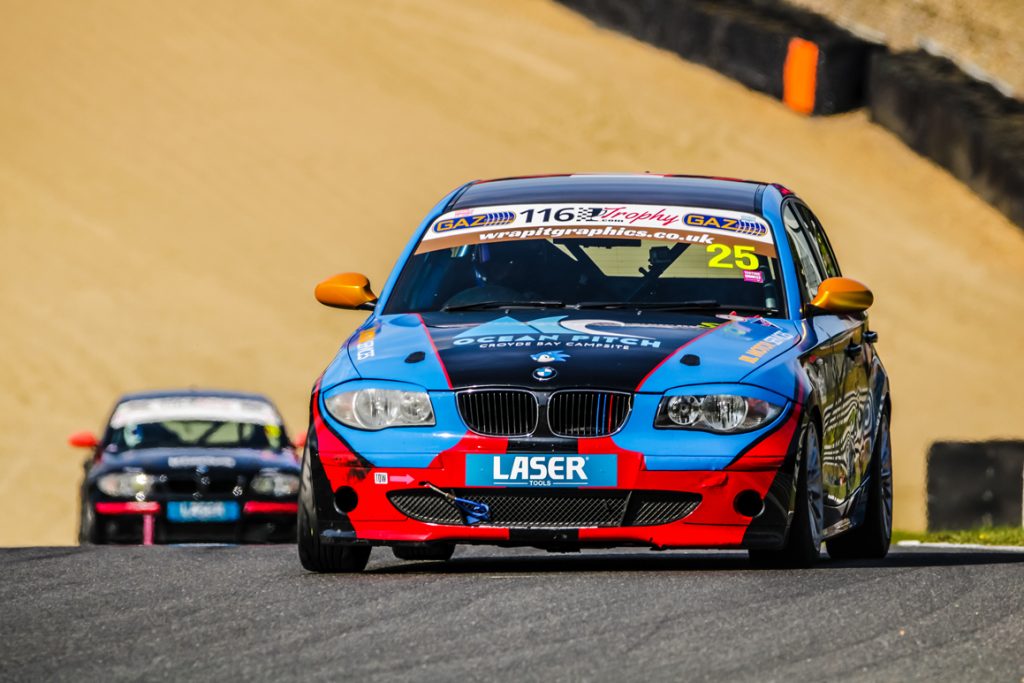 Most entertaing driver went to Jack Godden who raced from 20th to 3rd, unfortunately finishing 22nd after exhaust failure. His prize was shiny new suspension courtesy of Gaz shocks. Driver of the day went to number 25 Ben Seybold and Max Palmer, a consistent trouble free drive saw then winning a new set of tyres and £200.

The final round takes the teams back to Snetterton in Norfolk, this time competing on the international 300 circuit. With more prizes on offer than ever before the final round is sure to be a thriller. 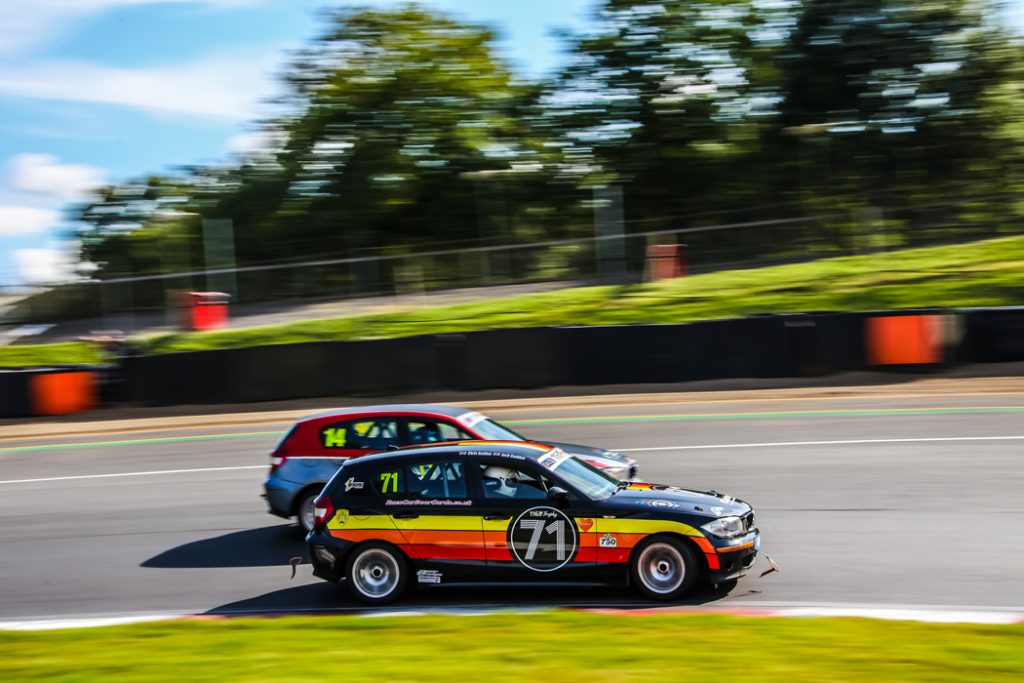 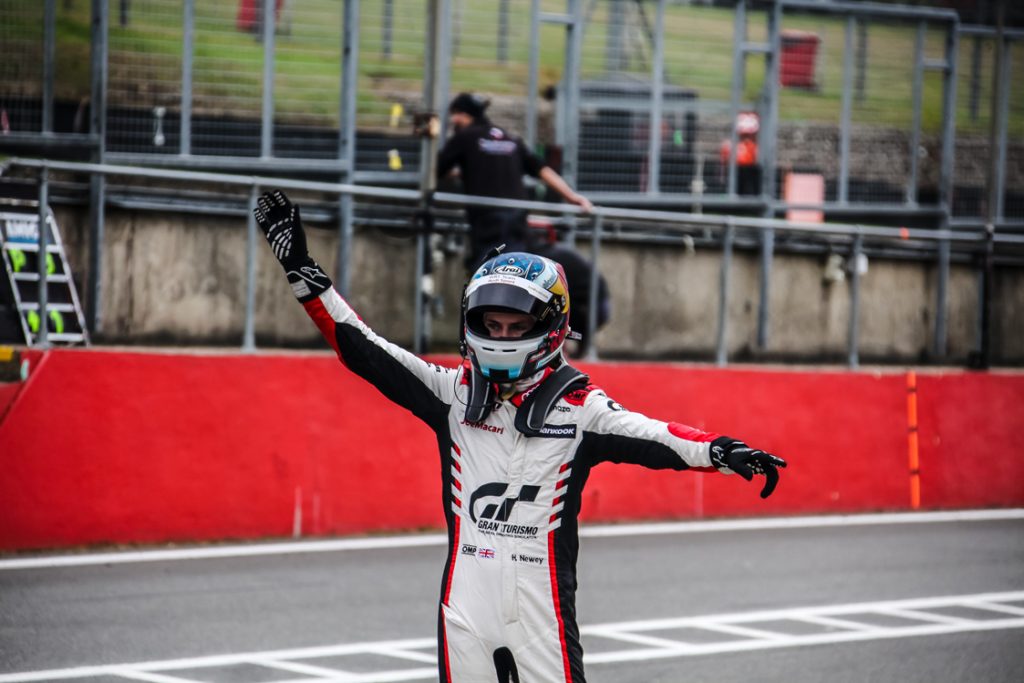 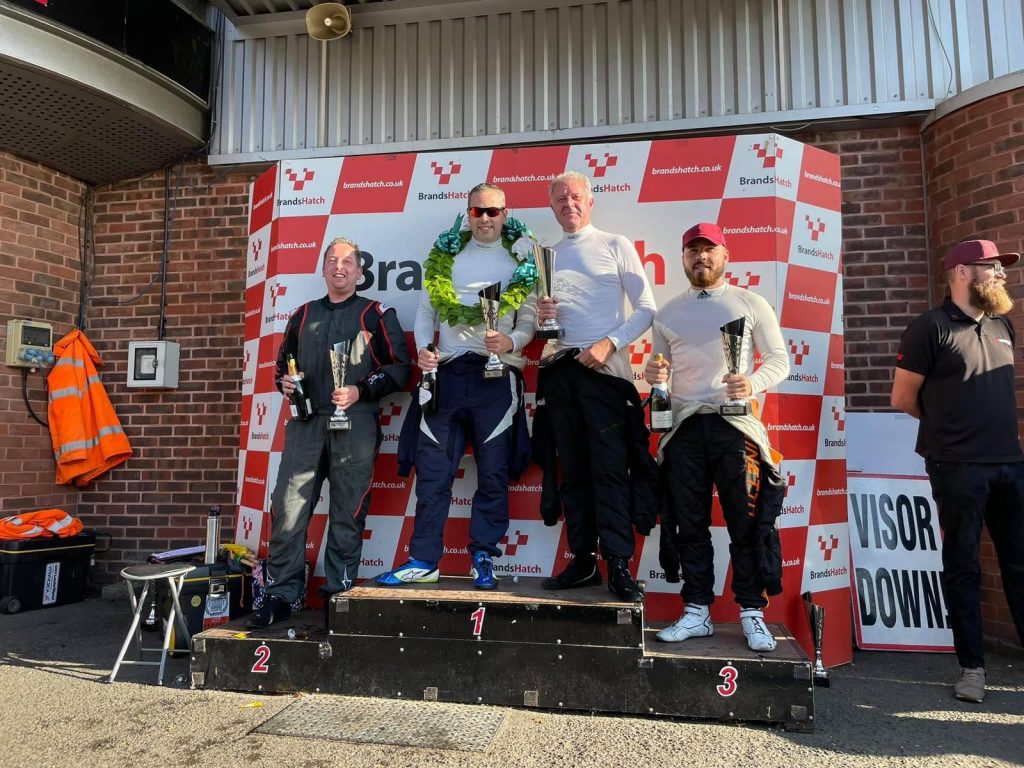 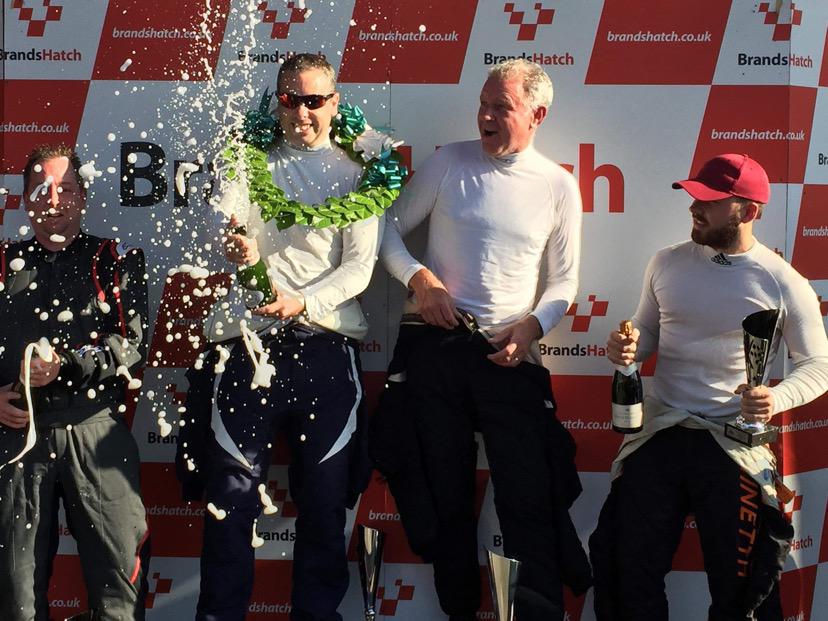 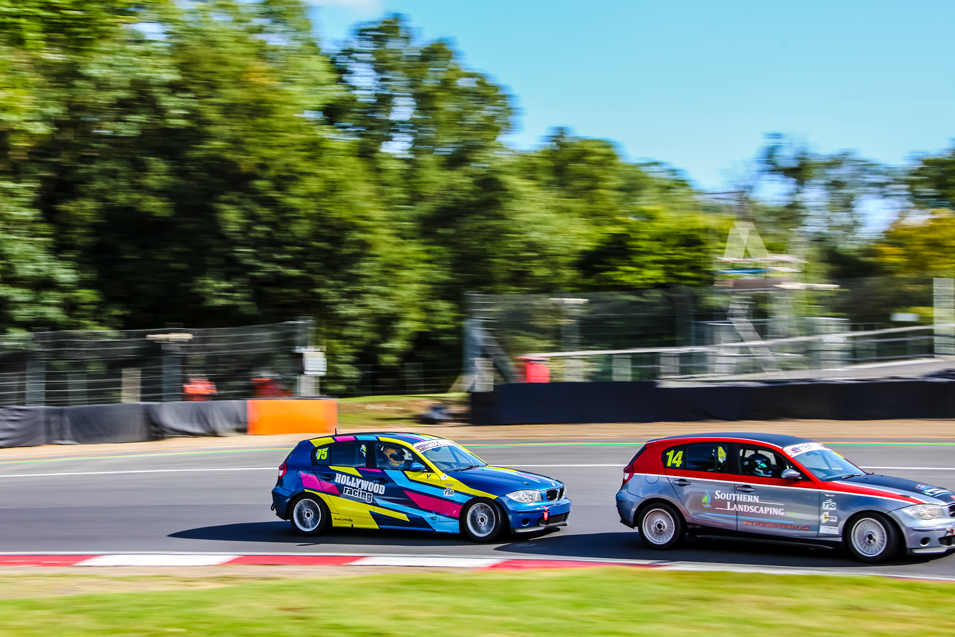 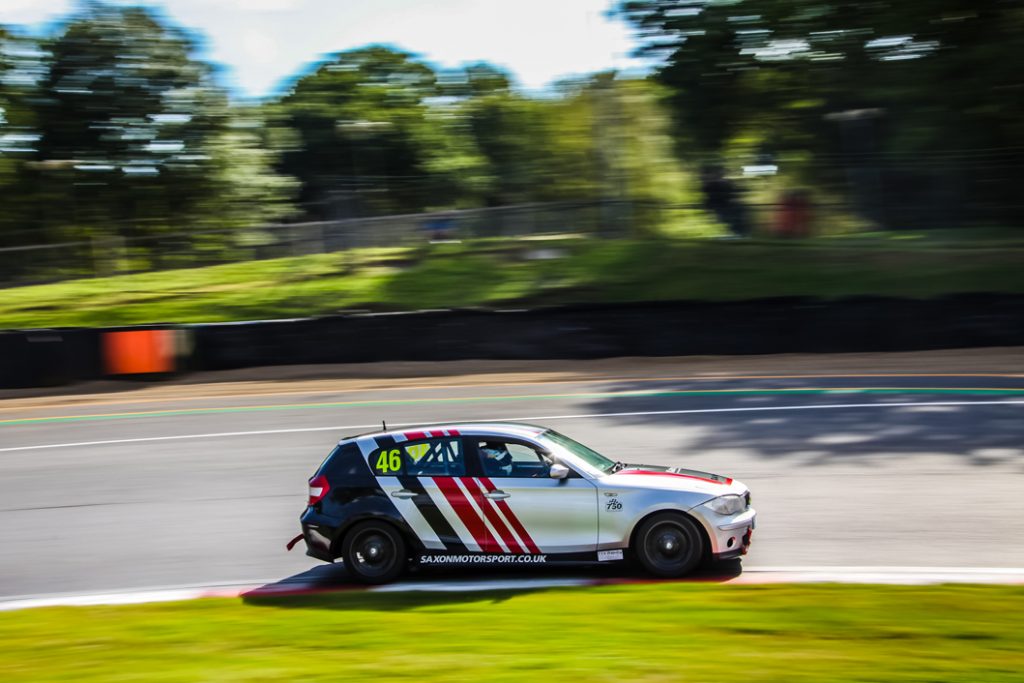